The term Fochemax is my play on words. Simply put, it is short for a photo-chemical accident, which is exactly how these images were created.

Remember film and darkrooms? Well, most of my images are of film origin. Fochemax #1 was a blank test strip that I had thought might be accidentally light-fogged. I threw it in the trash can undeveloped. Subsequent unsatisfactory, and not fully developed prints, were added. Process chemicals were carried along. Turning the inspection light on and off solarized the image. I found it at the end of the printing session. It looked to me like a very busy Stonehenge. I re-processed it to archival standards. It is 17″ wide.

I started going through the rejected prints in the garbage. Interesting images were put through various chemical stages. The original film image is evident in some, others are quite abstract. They have mysterious qualities. The chemically caused colour stains on the black & white paper are a bonus. 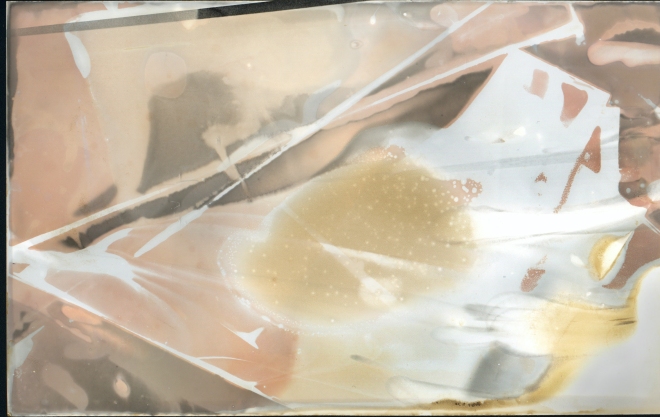 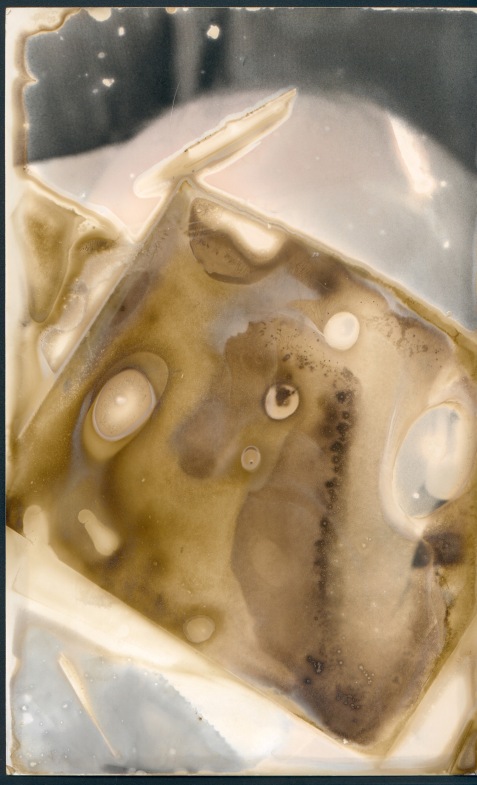 Fochemax #2  Very interesting what viewers see in this. Tell me what you see. 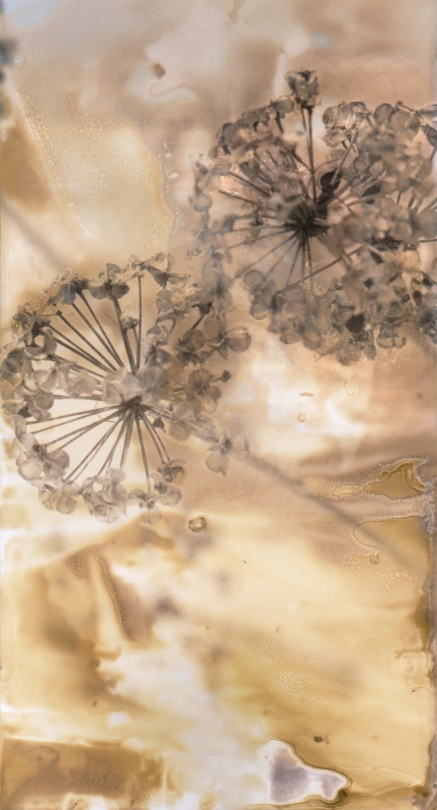 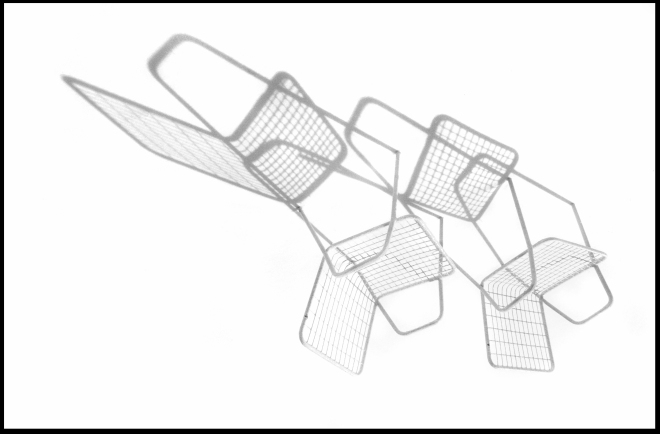 Ghost chairs in the snow.

Another object in the snow. Guesses what it actually is? 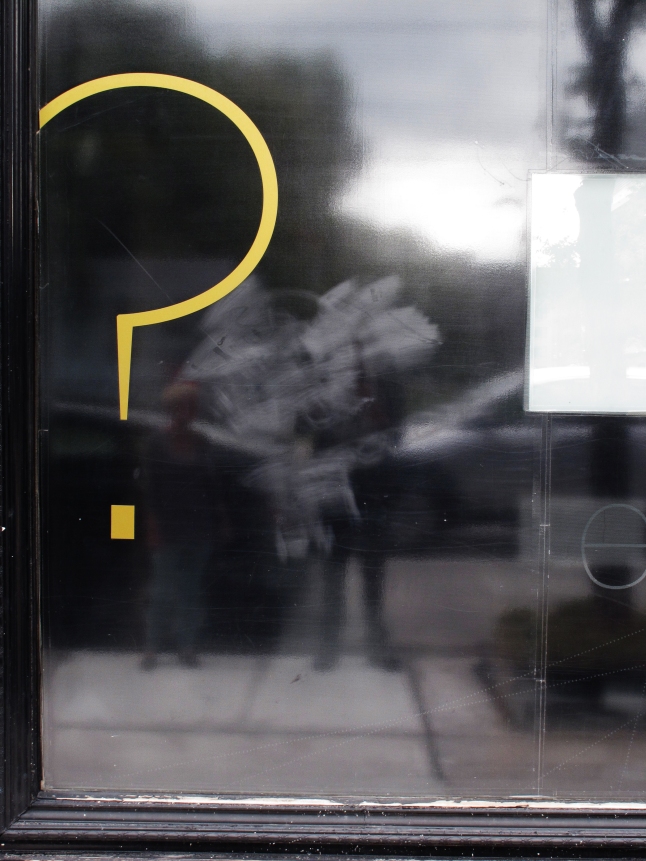